Confuzzlement – A Result of American Advertising

The United States has never appealed to me much as a tourist destination. Still, after 10 years of not going, I couldn’t help but wonder if I was missing out. I’ll admit I justified the long journey as something that would help my career in advertising. USA is the Mecca of capitalism after all.

I want to say that I found ground breaking ads. Or at least ads with lines I could tweak and use in my own work. Instead I was more intrigued that some products and services could exist. Like for instance the option to freeze your fat away. 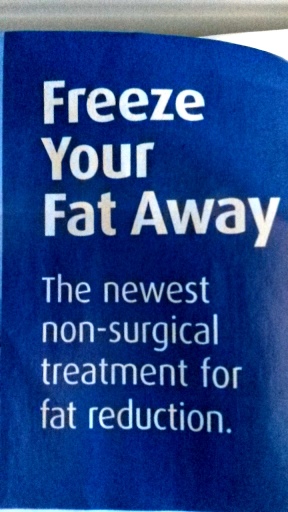 The real inspiration lies in television ads you say? I didn’t quite want to spend my vacation watching TV so I had to make do with the 15 minutes I spent in a breakfast room with Fox News on. And that’s when I found myself taken aback. No, not because of what the newscasters were saying. I’ve had fair warning about Fox News.  It was an ad for a de-choker that stunned me. Wondering what that is? Well one testimonial from the ad will make it all clear.

Call me crazy, but I don’t think it’s a bad thing if Americans (or people in general for that matter) are afraid to eat fast food. Then again, I strongly suspect that there are guerrilla marketers who are trying to instil this fear of fast food. And I say that because I can find no other explanation for the lady who sat near me on the bus, made eye contact with nobody and repeated the words ‘Obesity. To be a fat person’, for the entire 10 minutes she spent on the bus.

The United States might not be the best place for traditional ads, but it can certainly inspire crazy.

One thought on “Confuzzlement – A Result of American Advertising”